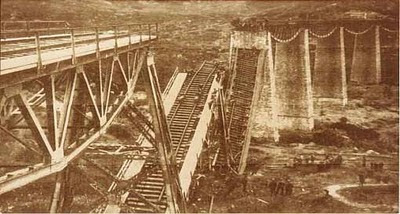 Romania and Axis: 70 years ago 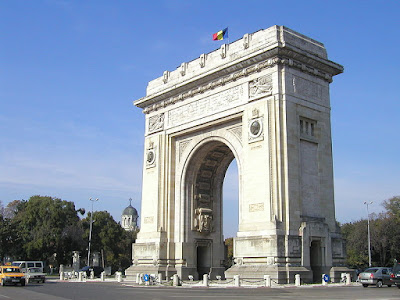 Bucharest Arch of Triumph
23 November 1940: Romania joins the Axis Powers.
Following the outbreak of World War II on September 1, 1939, the Kingdom of Romania officially adopted a position of neutrality. However, the rapidly changing situation in Europe during 1940, as well as domestic political upheaval, undermined this stance. Fascist political forces such as the Iron Guard rose in popularity and power, urging a rapprochement with Nazi Germany and its allies. As the military fortunes of Romania's two main guarantors of territorial integrity - France and Britain - crumbled in the Fall of France, the government of Romania turned to Germany in hopes of a similar guarantee, unaware that the currently dominant European power had already granted its consent to Soviet territorial claims in a secret protocol of the Molotov-Ribbentrop Pact, signed back in 1939.
In summer 1940, a series of territorial disputes were resolved unfavorably to Romania, resulting in the loss of most of the territory gained in the wake of World War I. This caused the popularity of Romania's government to plummet, further reinforcing the fascist and military factions, who had eventually staged a coup that turned the country into a fascist dictatorship under conducător Ion Antonescu. The new regime had firmly set the country on the course towards the Axis camp, officially joining the Axis Powers on November 23, 1940. "When it's a question of action against the Slavs, you can always count on Romania," Antonescu stated ten days before the start of Operation Barbarossa (the Nazi Germany invasion of the Soviet Union).
Posted by Yannis at 8:46 PM No comments:

Brave New World: Claiming the right to be unhappy 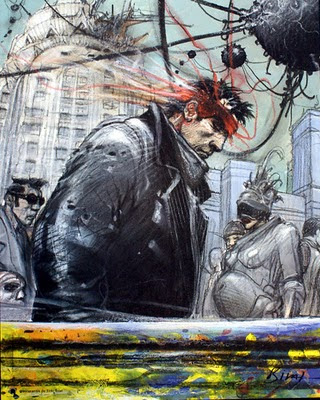 Enki Bilal
“We've made the V.P.S. treatments compulsory."
"V.P.S.?"
"Violent Passion Surrogate. Regularly once a month. We flood the whole system with adrenalin. It's the complete physiological equivalent of fear and rage. All the tonic effects of murdering Desdemona and being murdered by Othello, without any of the inconveniences."
"But I like the inconveniences."
"We don't," said the Controller. "We prefer to do things comfortably."
"But I don't want comfort. I want God, I want poetry, I want real danger, I want freedom, I want goodness. I want sin."
"In fact," said Mustapha Mond, "you're claiming the right to be unhappy."
"All right then," said the Savage defiantly, "I'm claiming the right to be unhappy."
Aldous Huxley [Brave New World, 1932]

Aldous Huxley died on the 22nd of November, 1963 - the same day John F. Kennedy was assassinated.
Posted by Yannis at 6:52 PM No comments: 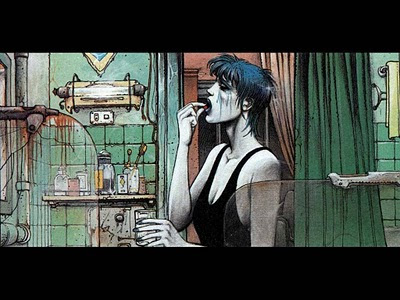 Hungary and Axis: 70 years ago 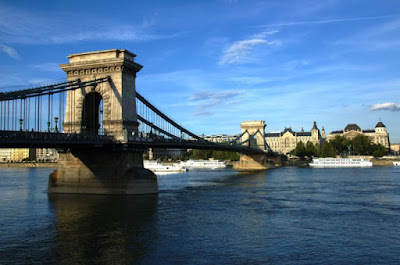 The Chain Bridge of Budapest, built by Georgios Sinas / © François Guerraz
20 November 1940: Hungary joins the Axis Powers.
In the 1930s, the Kingdom of Hungary relied on increased trade with Fascist Italy and Nazi Germany to pull itself out of the Great Depression. By 1938, Hungarian politics and foreign policy had become increasingly pro-Fascist Italian and pro-Nazi German. Hungary benefitted territorially from its relationship with the Axis. Settlements were negotiated regarding territorial disputes with the Czecho-Slovak Republic, the Slovak Republic, and the Kingdom of Romania. In 1940, under pressure from Germany, Hungary joined the Axis. Although initially hoping to avoid direct involvement in the war, Hungary's participation soon became inevitable. In 1941, Hungarian forces participated in the invasion of Yugoslavia and the invasion of the Soviet Union.
While waging war against the Soviet Union, Hungary engaged in secret peace negotiations with the United States and the United Kingdom. Hitler discovered this betrayal and, in 1944, German forces occupied Hungary. When Soviet forces began threatening Hungary, an armistice was signed between Hungary and Russia by Regent Miklós Horthy. Soon after, Horthy's son was kidnapped by German commandos and Horthy was forced to revoke the armistice. The regent was then deposed from power, while Hungarian fascist leader Ferenc Szálasi established a new government with German backing. In 1945 Hungarian and German forces in Hungary were defeated by invading Soviet armies.
Approximately 300,000 Hungarian soldiers and 80,000 civilians died during World War II and many cities were damaged, most notably the capital of Budapest. Most Jews in Hungary were protected from the Holocaust for the first few years of the war. However from the start of German occupation in 1944, Jews and Romas were deported and over 450,000 of them were exterminated in concentration camps.
Posted by Yannis at 9:44 PM No comments: 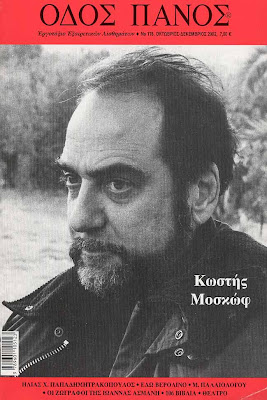 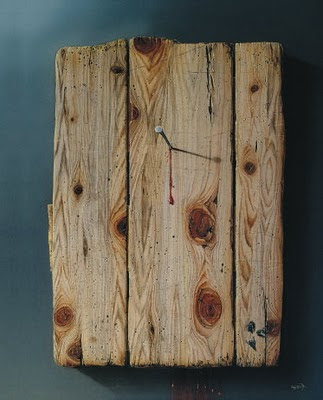 
Kristallnacht, or the Night of Broken Glass, also known as Reichskristallnacht, Pogromnacht, and Novemberpogrome, was a pogrom or series of attacks against Jews throughout Nazi Germany and parts of Austria on November 9–10, 1938. The trigger of the attacks was the assassination in Paris of German diplomat Ernst vom Rath by Herschel Grynszpan, a German-born Polish Jew.
Jewish homes were ransacked, as were shops, towns and villages, as SA stormtroopers and civilians destroyed buildings with sledgehammers, leaving the streets covered in pieces of smashed windows—the origin of the name "Night of Broken Glass." Ninety-one Jews were killed, and 30,000 Jewish men—a quarter of all Jewish men in Germany—were taken to concentration camps, where they were tortured for months, with over 1,000 of them dying. Around 1,668 synagogues were ransacked, and 267 set on fire. In Vienna alone 95 synagogues or houses of prayer were destroyed.
No event in the history of German Jews between 1933 and 1945 was so widely reported as it was happening, and the accounts from the foreign journalists working in Germany sent shock waves around the world. The Times of London wrote at the time: "No foreign propagandist bent upon blackening Germany before the world could outdo the tale of burnings and beatings, of blackguardly assaults on defenceless and innocent people, which disgraced that country yesterday." 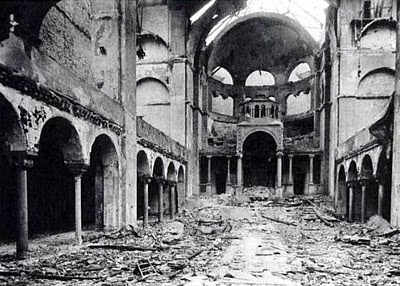 Interior of a Berlin synagogue after the Kristallnacht.
Posted by Yannis at 11:31 PM No comments: 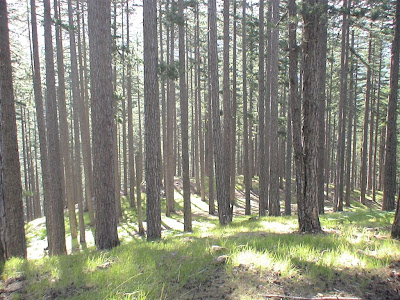 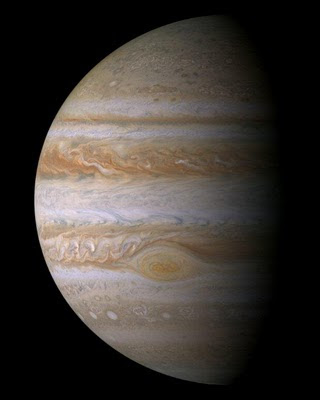 Posted by Yannis at 6:52 PM No comments: