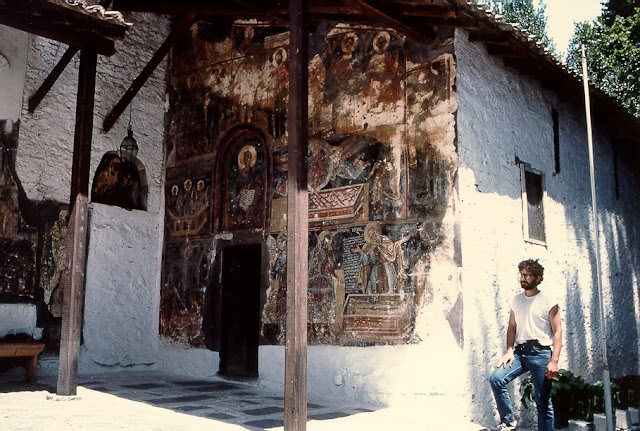 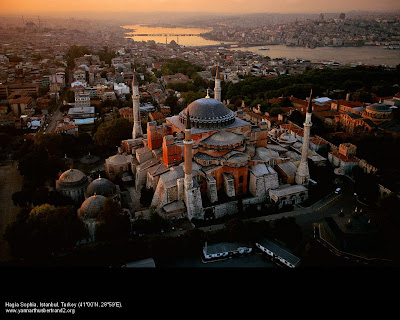 Belgium surrenders to the Nazis 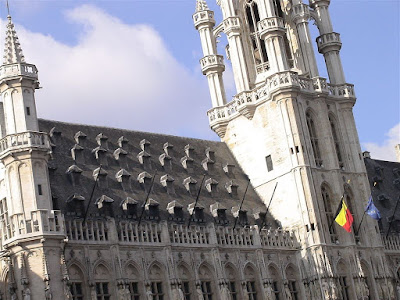 Hôtel de Ville, Grand Place, Bruxelles / © I.A. Daglis
Despite the German invasion in 1914, Belgian returned to a policy of neutrality after World War I.
Upon the start of hostilities of World War II, Belgium remained strictly neutral but was invaded by the Germans for a second time on May 10, 1940. King Leopold without consulting the cabinet or the Allies surrendered the Belgian Army and capitulated to the Germans on May 28, 1940. On the same day the British began the evacuation at Dunkirk. King Leopold's actions were widely resented in Belgium. His surrender at a crucial point in the battle for the Low Countries left a critical gap in the Allied ring around Dunkirk and could have made the evacuation impossible.
Posted by Yannis at 5:35 PM No comments: 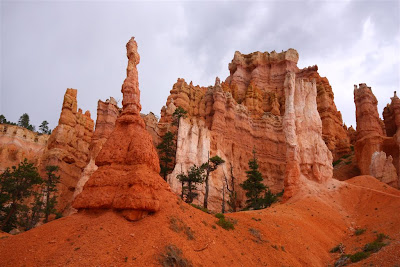 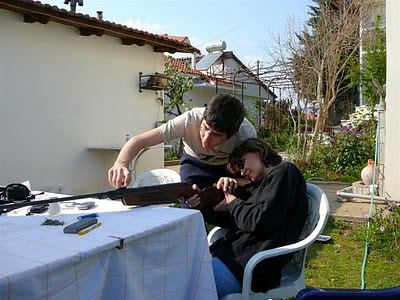 Posted by Yannis at 1:25 PM No comments: 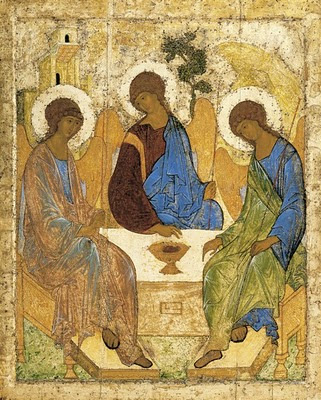 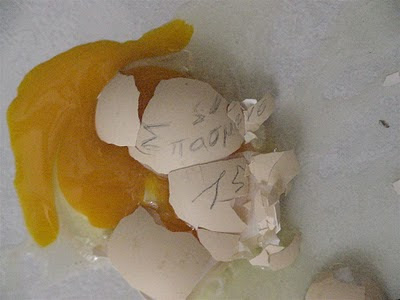 Broken egg / © I.A. Daglis
It's only those who do nothing that make no mistakes, I suppose.

Joseph Conrad (1857-1924; Born Józef Teodor Konrad Korzeniowski of Polish parents in Ukraine, he is considered one of the greatest novelists and prose stylists in English literature. Author of Heart of Darkness, which inspired the film Apocalypse now)
Posted by Yannis at 9:48 PM No comments: 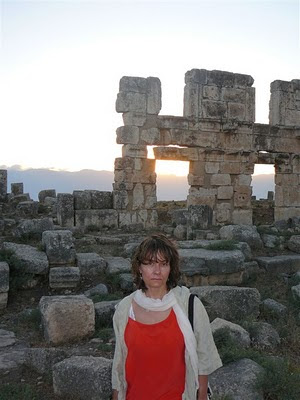 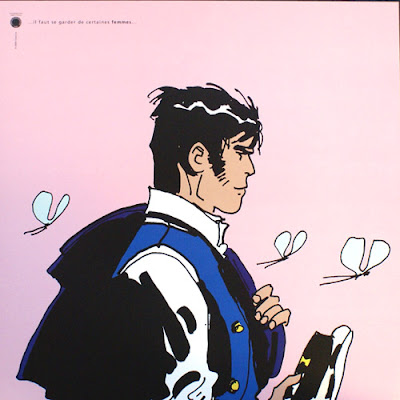 Corto Maltese, by Hugo Eugenio Pratt
The oldest, shortest words - "yes" and "no" - are those which require the most thought.
Pythagoras of Samos (Ionian Greek philosopher and mathematician, 582BC-496BC)
Posted by Yannis at 10:49 PM No comments: 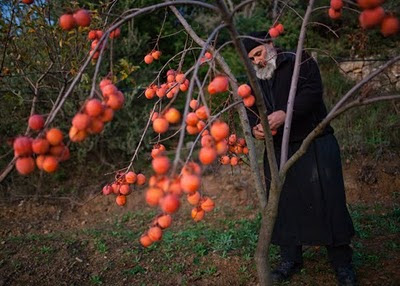 The tree of knowledge (Monk of Mount Athos) / © National Geographic

Thomas Stearns Eliot [Choruses from the Rock, 1934]
Posted by Yannis at 9:39 PM No comments: 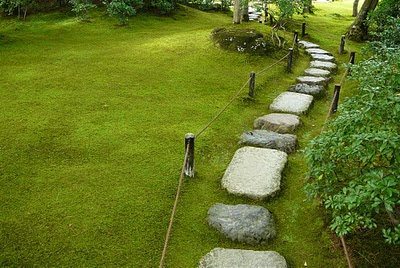 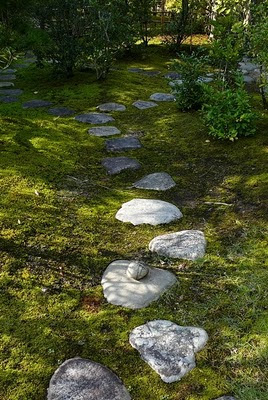 Off-limits stone in an Edo-style garden in Himeji, Japan / © I.A. Daglis
Posted by Yannis at 1:14 PM No comments: 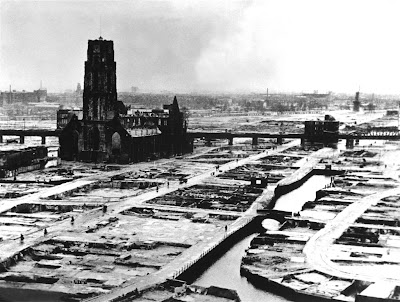 Rotterdam's city center after the bombing of May 1940
Exactly 70 years ago, on May 15, 1940, one day after the Bombing of Rotterdam by the German Luftwaffe, the Dutch forces capitulated and the Netherlands surrendered to the Nazis. This was the start of Nazi occupation of western Europe. 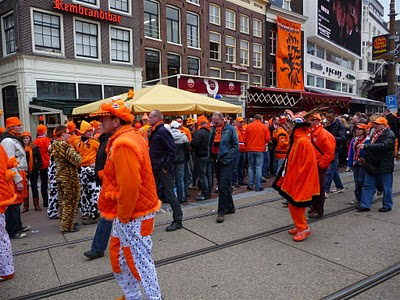 Oranje Boven: Soccer fans in Amsterdam on the day of a game against Scotland, March 2009 / © I.A. Daglis
Orange is the national colour of the Netherlands, because its royal family of Orange-Nassau used to own the principality of Orange in Provence, south France. There is no etymological connection between orange (the fruit and colour) and Orange (the name of the principality), and the similarity is fortuitous. In modern Dutch society however, the Dutch word oranje, 'orange' is often associated with the reigning royal house of the Netherlands. The first "stadtholder" (Governor) of the Dutch Republic was William I of Orange, who joined with Dutch nationalists and led the struggle for independence from Spain. Partly out of respect for him, the first flag adopted by the Dutch was a horizontal tricolour of orange, white, and blue. It became known as the Prinsenvlag ("Prince's flag") and was based on the livery of William of Orange. However, the orange dye was particularly unstable and tended to turn red after a while, so in the mid-17th century, red was made the official colour. Nowadays an orange pennant may be attached to the red, white and blue national flag, especially on the Queen's birthday. Orange is the colour of choice for many of the national sports teams and their supporters. The nickname of the Dutch national football team is Oranje, the Dutch word for orange. Oranjegekte ('Orange Craze') signifies the inclination of many Dutchmen to dress up in orange colours during soccer matches. 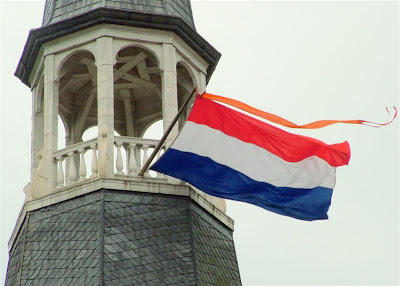 National Dutch Flag with orange pennant
Posted by Yannis at 1:52 PM No comments: 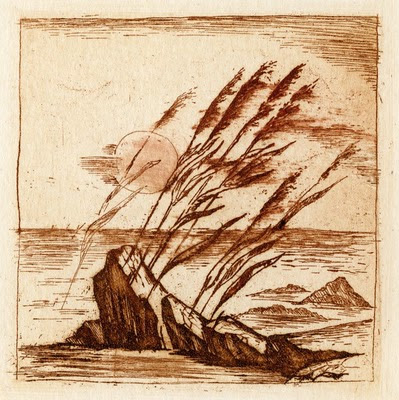 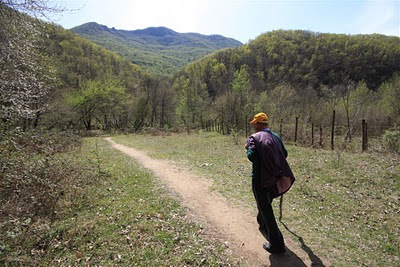 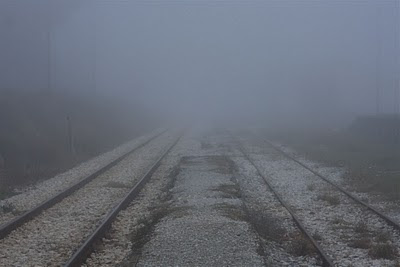 When the flood calls
You have no home, you have no walls
Peter Gabriel [Here comes the flood, 1979] 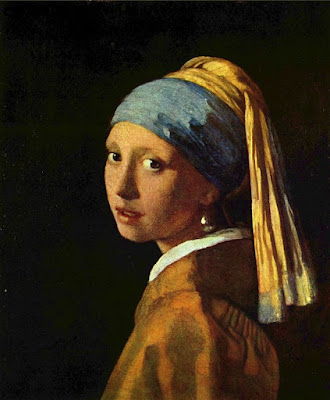 The Soviet flag on the Reichstag 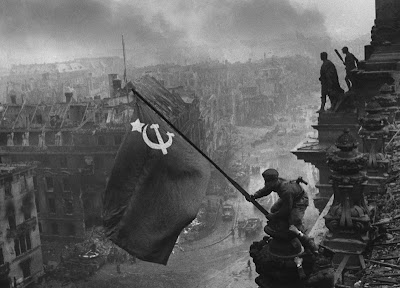 2 May 1945: The flag of Soviet Union is being raised on the roof of the Reichstag building in Berlin. The soldier holding the flag is Meliton Varlamovich Kantaria, a Georgian  sergeant of the Soviet Army.
Posted by Yannis at 4:47 PM No comments: