The Massacre of the Acqui Division

The Massacre of the Acqui Division, also known as the Cephalonia Massacre, was the mass execution of the men of the Italian 33rd Acqui Infantry Division by the Germans on the island of Cephalonia, Greece, in September 1943, following the Italian armistice during the Second World War. About 5000 soldiers were massacred and others drowned or were otherwise murdered. The massacre provided the historical background to the novel Captain Corelli’s Mandolin, which later became a Hollywood film. It was one of the largest prisoner of war massacres of the war, along with the Katyn massacre of 22,000 Poles by (then) German ally Soviets, and one of the largest-scale German atrocities to be committed not by the Waffen-SS but by Wehrmacht troops (specifically, the 1. Gebirgs-Division, an elite formation of the Wehrmacht). The massacre started on 21 September 1943, and lasted for one week.
The subject of the massacre was largely ignored in Italy by the press and the educational system until 1980, when the Italian President Sandro Pertini, a former partisan, unveiled the memorial in Cephalonia. 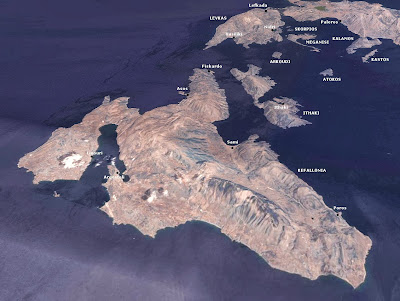 Posted by Yannis at 9:51 PM No comments:

The ﬁrst thing I would point out is this: to come to Caltech is an advantage in certain ways, and in other ways a disadvantage ... But there is also a certain disadvantage: because Caltech has such a good reputation, almost everybody who’s the first or second in his high school class applies here. There are lots of high schools, and all the very best men apply. Now, we have tried to ﬁgure out a system of selection, with all kinds of tests, so that we get the best of the best. And so you guys have been very carefully picked out from all these schools to come here. But we're still working on it, because we’ve found a very serious problem: no matter how carefully we select the men, no matter how patiently we make the analysis, when they get here something happens: it always turns our that approximately half of them are below average!
Of course you laugh at this because it’s self-evident to the rational mind, but not to the emotional mind—the emotional mind can’t laugh at this. When you’ve lived all the time as number one or number two (or even possibly number three) in high school science, and when you know that everybody who’s below average in the science courses where you came from is a complete idiot, and now you suddenly discover that you are below average — and half of you guys are — it's a terrible blow, because you imagine that it means you're as dumb as those guys used to be in high school, relatively.
That's the great disadvantage of Caltech: that this psychological blow is so difﬁcult to take. Of course, I’m not a psychologist; I'm imagining all this. I don't know how it would really be, of course! The question is what to do if you ﬁnd you're below average. There are two possibilities. In the first place, you could find that it’s so difficult and annoying that you have to get out—that’s an emotional problem. You can apply your rational mind to that and point out to yourself what I just pointed out to you: that half of the guys in this place are going to be below average, even though they’re all tops, so it doesn’t mean anything. You see, if you can stick out that nonsense, that funny feeling, for four years, then you’ll go out into the world again, and you’ll discover that the world is just like it used to be—that when, for example, you get a job somewhere, you'll ﬁnd you're Number One Man again, and you'll get the great pleasure of being the expert they all come running to in this particular plant whenever they can't ﬁgure out how to convert inches to centimeters! It's true: the men who go out into industry, or go to a small school that doesn’t have an excellent reputation in physics, even if they’ve been in the bottom third, the bottom ﬁfth, the bottom tenth of the class—if they don’t try to drive themselves (and I'll explain that in a minute), then they'll ﬁnd themselves very much in demand, that what they learned here is very useful, and they’re back where they were before: happy, Number One. 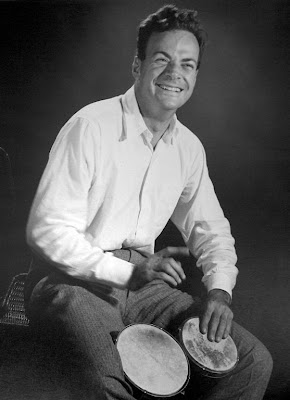 Posted by Yannis at 8:58 AM No comments: 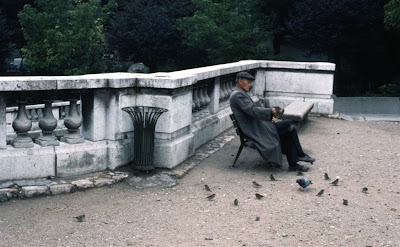 Posted by Yannis at 8:51 PM No comments: