The Dresden bombing in February 1945 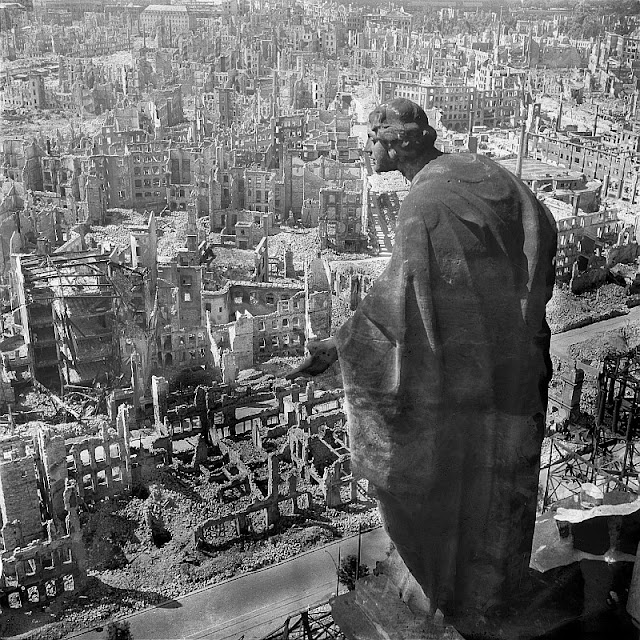 Dresden, 1945, view from the city hall (Rathaus) over the destroyed city

The bombing of Dresden was a British/American aerial bombing attack on the city of Dresden, the capital of the German state of Saxony, during World War II. In four raids between 13 and 15 February 1945, 722 heavy bombers of the British Royal Air Force (RAF) and 527 of the United States Army Air Forces (USAAF) dropped more than 3,900 tons of high-explosive bombs and incendiary devices on the city. The bombing and the resulting firestorm destroyed more than 1,600 acres (6.5 km2) of the city centre. An estimated 22,700 to 25,000 people were killed, although larger casualty figures have been claimed.
https://en.wikipedia.org/wiki/Bombing_of_Dresden_in_World_War_II
Posted by Yannis at 10:08 AM No comments: