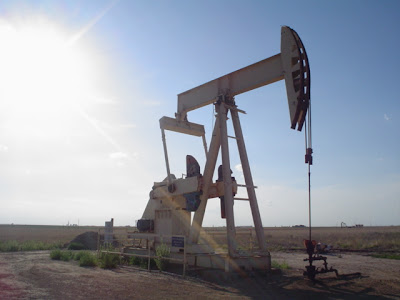 Royal Dutch Shell and other natural resources companies have stepped up efforts to counteract planned anti-corruption rules that would force them to disclose payments to governments in countries where they operate ...
The new requirements for US and EU quoted businesses are designed to highlight regimes that receive large sums from selling oil, gas, minerals and forests but then siphon off the proceeds rather than reinvest locally for public benefit...

Posted by Yannis at 3:40 PM No comments: 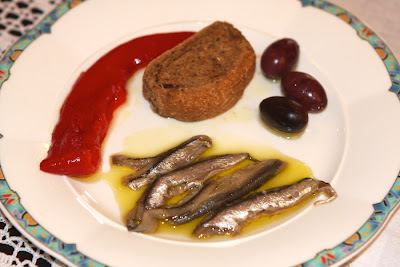 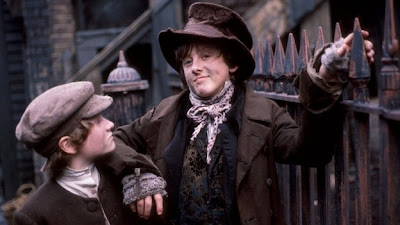 BBC News Magazine
200th birthday of Charles Dickens
Charles Dickens is one of the most important writers of the 19th Century. But his influence goes far beyond just literature. Many of his phrases, characters and ideas have engrained themselves in modern culture...
One of the things Dickens cared about most was those at the bottom. He was one of the first to offer an unflinching look at the underclass and the poverty stricken in Victorian London... 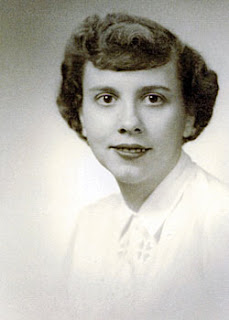 
Born on 14 October 1928 to a Greek family living in Milwaukee, Wisconsin, Mary Tsingou performed the computations for the first-ever numerical experiment: the famous Fermi-Pasta-Ulam (FPU) experiment.


Tsingou earned her BS in 1951 at the University of Wisconsin and her MS in mathematics in 1955 at the University of Michigan. In 1952, following a suggestion by her advanced differential equations professor, a woman, she applied for a position at Los Alamos National Laboratory. At the time, women were not encouraged to pursue mathematics, but the Korean War had created a shortage of young American men, so staff positions were also offered to young women. She was thus hired, along with a group of recent college graduates, to do hand calculations.
She was initially assigned to Los Alamos's T1 division (T for theoretical), which during World War II had been led by Rudolf Peierls and to which the famous spy Klaus Fuchs belonged. But she quickly moved to the T7 division, led by Nicholas Metropolis, to work on the new computer, the MANIAC I, that no one could program. She and Mary Hunt were the first programmers to start exploratory work on it. The computer was used primarily for weapons-related tasks, but from time to time and mostly during the weekend, the researchers could use it to study physics problems and even to play chess. Tsingou and John Pasta were the first ones to create graphics on the computer, when they considered a problem with an explosion and visualized it on an oscilloscope.
In addition to Pasta, she interacted with Stanislaw Ulam, but she had little contact with Enrico Fermi, who was a professor in Chicago and visited Los Alamos only for short periods. However, she knew Fermi's daughter Nella much better because Nella didn't want to stay with her parents during their visits to Los Alamos. The two young women slept in the same dormitory, while Enrico and Laura Fermi were hosted by their good friends Stan and Françoise Ulam...
Thierry Dauxois ["Fermi, Pasta, Ulam, and a mysterious lady", Physics Today, January 2008]


The algorithm Mary Tsingou used to code the first numerical experiment.
Note the date of the Los Alamos report, 5-20-55, at the top right of the figure. 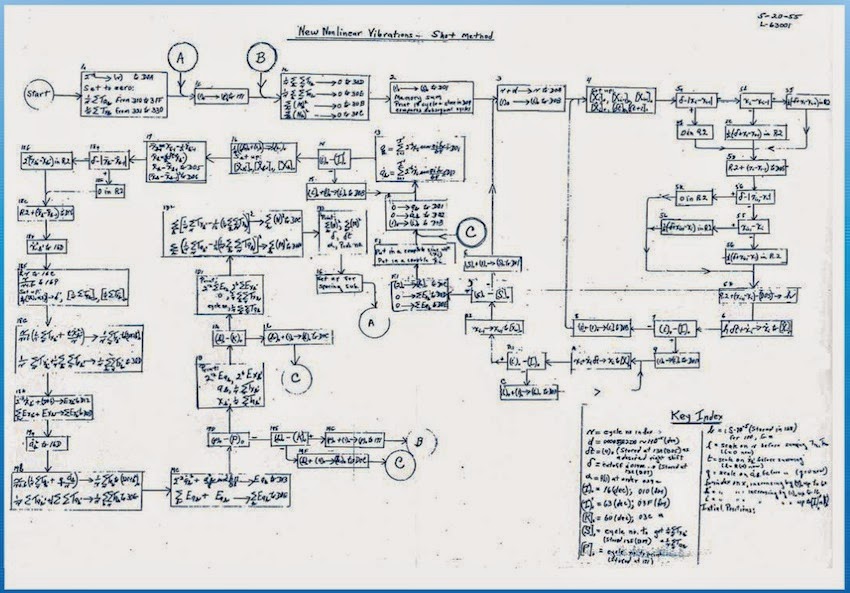 Courtesy of Mary Tsingou Menzel
Posted by Yannis at 1:18 AM No comments: 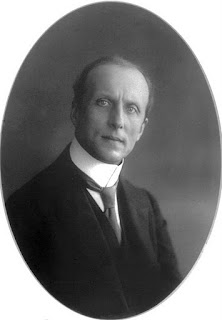 62 years ago (2 February 1950): Death of Constantin Carathéodory (or Constantine Karatheodori), a Greek mathematician who made significant contributions to the theory of functions of a real variable, the calculus of variations, and measure theory. His work also includes important results in conformal representations and in the theory of boundary correspondence. In 1909, Carathéodory pioneered the Axiomatic Formulation of Thermodynamics along a purely geometrical approach.

More about Karatheodori here: http://www.mlahanas.de/Greeks/new/Caratheodory.htm
Posted by Yannis at 10:22 PM No comments: